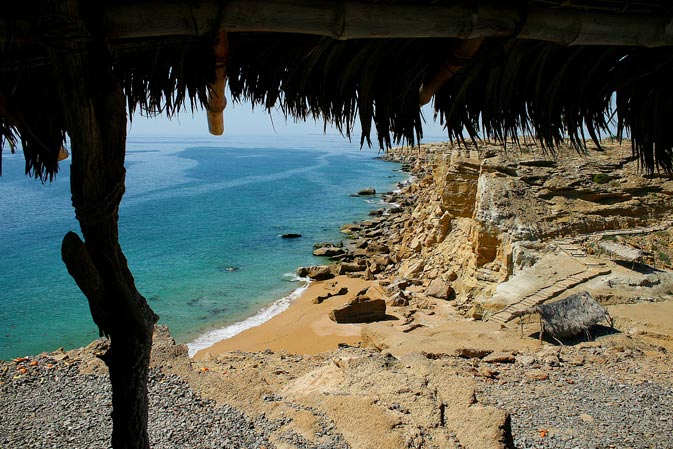 Jiwani or Jwani, is a town and commercial port that is located along the Gulf of Oman in the Gwadar District of the Balochistan. The Daran beach is a local vacation hot-spot.

Jiwani is a town and commercial port that is located along the Gulf of Oman in the Gwadar District of Balochistan. It is located near the Pakistani border with Iran, 34 km (21 miles) from the Iranian border. The town has a total population of 25,000 and is expected to become a major commercial center in concert with the development of the port of Gwadar located nearly 80 km (50 miles) to the east.

Jiwani is located at the eastern end of Gwadar Bay. The area around the bay includes an important mangrove forest extending across the international border to Iran, and is an important habitat for a wide variety of wildlife, especially the endangered Olive Ridley and Green Turtles. Plans to grant fishing concessions and offshore drilling rights are potentially a threat to the wildlife of the area. The population largely depends upon fishing. There are a number of export oriented fish freezing plants located in Jiwani.

Jiwani holds strategic importance in the region, located immediately adjacent to the shipping lanes to and from the Persian Gulf. Hence, the town also hosts a small naval base and an airport with a 1,700-metre (5,500 ft) runway.

Jiwani was used during the World War II as an allied airfield and the remains of some airfields can still be seen. Another story linked to Jiwani is that Queen Victoria planned to visit the area to watch the “sunset” and a hut was built for her, which is now known as the “Victoria Hut”. Whether Queen Victoria visited or not, the Victoria Hut is still maintained by the Pakistan Coast Guards up to the present day. Visiting the accommodation area of the airfield base used during World War II in Jiwani reveals many handwritten small stories and names of allied pilots. There is a water system, which is now abandoned, but is a marvel of civil works for meeting water requirements of the station. It used to store rain water in three stages in order to clean the water using its usual flow. The water was then pumped to the airfield, and also up to the Victoria Hut, which is nearly 5 km (3 mi) from the water tank system.