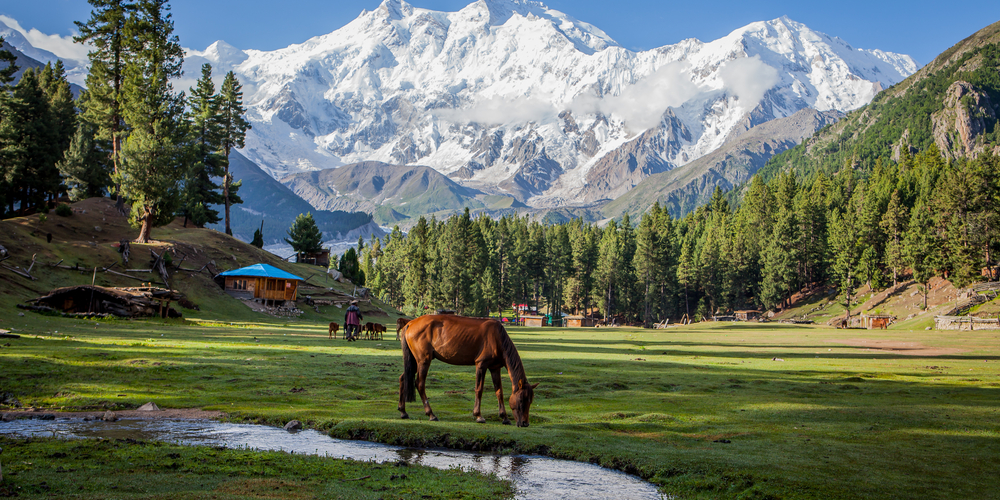 Fairy Meadows, named by German climbers and locally known as Joot, is a grassland near one of the base camp sites of the Nanga Parbat, located in Diamer District, Gilgit-Baltistan, Pakistan.

At an altitude of about 3,300 metres (10,800 ft) above the sea level, it serves as the launching point for trekkers summiting on the Rakhiot face of the Nanga Parbat. In 1995, the Government of Pakistan declared Fairy Meadows a National Park.

Fairy Meadows is approachable by a twelve kilometer-long jeepable trek starting from Raikhot bridge on Karakoram Highway to the village Tato. Further from Tato, it takes about three to four hours hiking by a five kilometer trek to Fairy Meadows. The grassland is located in the Raikhot valley, at one end of the Raikhot glacier which originates from the Nanga Parbat and feeds a stream that finally falls in the River Indus. Since 1992, locals have operated camping sites in the area.

Fairy Meadows remains a popular tourist destination in Gilgit-Baltistan from April to September. The weather is pleasant and windy during this season, with temperatures ranging from 2 °C to -10 °C. In winters, Fairy Meadows receives heavy snowfall and becomes almost inaccessible.