The Cold Desert, also known as the Katpana Desert or Biama Nakpo, is a high-altitude desert located near Skardu, in Pakistan’s northern Gilgit-Baltistan region. The desert contains expanses of large sand dunes that are sometimes covered in snow during winter. Katpana Desert is one of the highest deserts in the world.

The desert technically stretches from the Khaplu Valley to Zanskar in Ladakh, but the largest desert area is found in Skardu and Shigar Valley 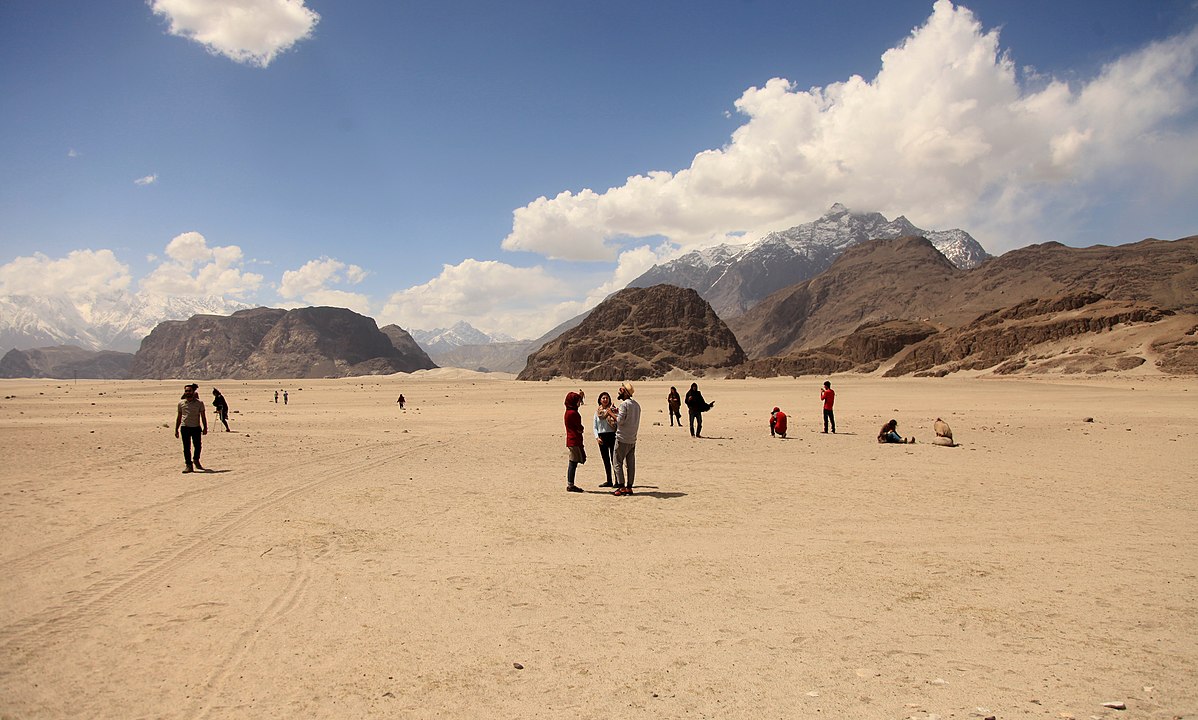 This is one of the most beautiful tourist attractions of Northern Areas in Pakistan. It is called Cold Desert of Skardu Region. Its mesmerizing cold nights and magnificent sandy view makes it a majestic place to visit. There are large sand dunes in Katpana Desert, which presents a spectacular sight. It is located at an elevation of more than 7, 303 feet. It is one of the highest deserts in the world.