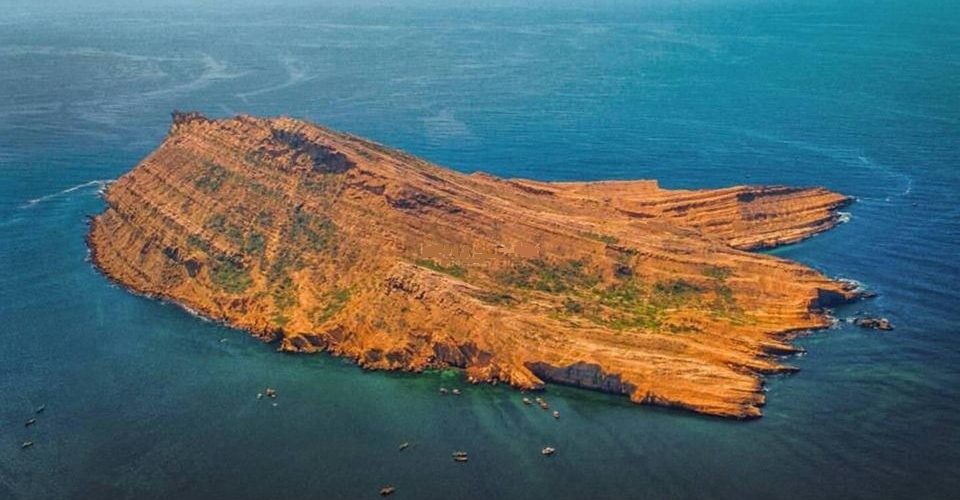 Churna Island for many is nothing less than a hidden paradise located in the Arabian Sea Karachi. This place is best known and popular for Snorkeling and Scuba diving trips. Since the sea is calm with the absence of high tides, so the best time to snorkel is now especially in the months of November till April. It is a natural phenomenon that the water seems & feels much warmer during the winters as compared to the summers.

Charna Island is located near Mubarak Goth, Kiamari Town in Karachi, Sindh, Pakistan. Churna Island is a small uninhabited island located in the Arabian Sea, about 9 km (5.6 mi) west of the mouth of the Hub river called “Manjhar Beach”, at the boundary between the provinces of Balochistan and Sindh. Charna is approximately 1.2 km (0.75 mi) long and 0.5 km (0.31 mi) wide. Charna is also locally known “Cheerno” and “Charna”. It is 6 km away from Mubarak Village.

In winters (September to April) Local and foreigner tourist use to visit for adventure activities like Snorkeling, Cliff Diving, Scuba Diving, Spearfishing, Fishing & Underwater photography with tour operator. Fishermen of Mubarak Goth go for fishing near the Charna Island. There are many species of fish, crabs and lobsters. Anglers take boats to go Island from Mubarak Goth. Mubarak Goth is a second largest fishermen locality in Karachi, which lacks facilities including education, health, jetty, ownership rights and communication etc.