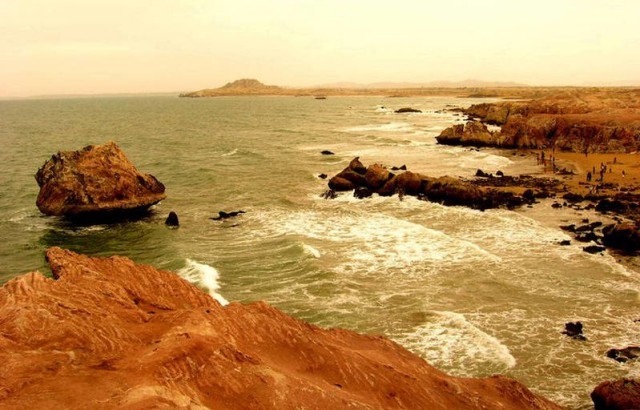 Gadani Beach is located on the lines of the Arabian Sea, near the Hub River and Cape Monze in Gadani, Lasbela District, Balochistan.

Gadani  is a coastal village of Lasbela District located in the southern part of Balochistan along the Arabian Sea, Pakistan. It is also a Union Council of Hub Tehsil and is just a 1-hour drive away from Karachi, Sindh. The population of Gadani was estimated to be around 10,000 in 2005. More than 97% of the population is Muslim with a small Hindu minority. The majority of population speaks Balochi and there is a small Sindhi speaking minority.